As Free as the Azure Sky! Welcome to the July 2019 Azure Infinitum Community Update!
Here you will find a list of recent announcements and changes.
Included in this update are summaries of the announcements made at our recent Azure Grand Assembly that took place on July 20th, 2019.

A Complete Log of our previous Azure Grand Assembly for July 2019 can be found here at the most recent post.
Our Azure Grand Assembly log (link above) highlights everything Azure accomplished as an FC from the end of June 2019 through the middle of August 2019, breaks down our rankings and events, while also providing further supplemental information on Azure services, Azure Network 2020 early details, and more! We encourage anyone with some extra time to either attend or read over our monthly Azure Grand Assembly to stay in the know!

Below is a list of updates, changes, or coming additions to Azure Infinitum across the community.

-The "Visitor" role has been renamed to "Discord Member" to reflect those who may be active users on the Azure Infinitum Discord Server, but may not be in any in-game Branch.

-Discord Members or new Online users can obtain full Member status/role by either registering an account at azureinfinitum.com, joining our Steam Group, joining our PS4 Community, or joining an Azure Branch along with the corresponding Steam or PS4 Community depending on game platform. This update helps us know you exist in at least one of our databases/rosters, even if you don't play the games we have Branches in, you must at least be registered at azureinfinitum.com to gain Member role.

-Discord Member role (previously Visitor role) must no longer use push-to-talk only when joining our voice channels.

-Lieutenant role can now help with changing Server Nicknames should someone need help.

-Lieutenant role can now mute or deafen other users if there is a need.

-The #welcome channel and new user DM's in the Azure Infinitum Discord have been updated.

-Our Alternate Character Policy has been posted in the Azure Infinitum Discord's #welcome channel and will now be automatically DM'd to new users.
This policy states thus:
"You are allowed 1 alt character in our Final Fantasy XIV Free Company, please make sure to register your alt on this thread: http://azureinfinitum.com/forum_threads/3109556 by posting the name of your main and the name of your alt for our records. This assists us during problem solving, clerical work, organization, and knowing who's who.
Unregistered alts that are discovered will be discharged from Azure Infinitum.
Alts must log in at least once every 30 days to maintain membership in our FFXIV Free Company.
Players behind alt characters share the same behavioral record and strikes as their main, and in the case the main character is discharged, the alt will also be discharged.

Those not assigned a role will be eventually pruned.
Mass pruning of those with no roles who're inactive will be pruned every 30 days."

-Administrative Pruning will now take place once a month. Pruning is the removal of inactive users in the Azure Infinitum Discord. Those who will be pruned will be role-less users, role-less users who've been inactive for a while, or users who may have been completely offline for months. Users who are role-less are those who haven't been assigned a role due to not being listed as a registered user of azureinfinitum.com, our Steam Group, or our PSN community and does not have a matching Server Nickname. Some time will be given to new users to register at our site, or PSN Community, or Steam Group, but failure to do so after a while will result in role-less users being pruned.

-An Administrative Pruning Overhaul will commence in the coming week, and will take place monthly. This will include users of all roles who have failed to register at azureinfinitum.com or join our PS4 Community, or Steam Group and have a Server Nickname that matches their in-game character name, PSN ID, azureinfinitum.com account name, or Steam ID.

-The Azure Infinitum Official Facebook Page has been relaunched. Several editors will be posting or sharing information regarding Final Fantasy XIV and Monster Hunter World, memes from either series, information about Azure Infinitum events or fun facts, featuring screenshots from our members, and more.

-A new message on our Rules Page has been placed at the top. The message explains that we are in a transitional phase between our present state, our growth into a larger community, creating universal rules, adding new rules, and integrating certain features with Azure parent site, Run Around:Network (http://www.runaroundnet.com) and vice versa.

-We are recruiting writers for volunteer article writing about FFXIV or Azure Infinitum to write small to medium sized digestible blog-style posts, guides, or humorous content for the coming new Azure site in 2020. Positions are also available for writers and content creators who may be interested in writing about other things in the realm of video games, pop culture, cosplay, conventions, collectibles, electronics, and more. Gaining experience, reputable portfolio additions, and references will be compensation. If the projects in mind take off, you could be a part of something bigger, early on, with more opportunities to follow.
Direct message Reika Fujishima anywhere for more information.

-The special FC action, 'Heat of Battle III', will remain active each day of the week through 8/28 as a part of our 60-Days of 15% Exp Bonus following the launch of the early access period of Final Fantasy XIV: Shadowbringers.

-Starting on August 1st, 2019, the secondary FC action on Thursdays will be 'Proper Care II', accompanying our daily 'Heat of Battle III' action. This change is to accommodate the return of Treasure Thursdays, and the heavy wear on gear that Timeworn Maps cause in quantity.

-The Azure Infinitum Free Company is now among Lodestone's top 10 worldwide weekly free companies across 72 servers, and has retained our top #1 ranking on our server. Credits can fluctuate and may be hard to read between weeks/months, and our combined activity ratings show that Azure is outperforming roughly 75%-80% of free companies in Final Fantasy XIV.

-Eden Loot Finishers have begun and occurs every Sunday, with grouping starting at 4:30p/7:30e. This event is for anyone who has not yet obtained a drop from any of the current 4 Eden raids. The event will have parties running through each Eden raid. Those who need clears are welcome to join if there's room. If you need a clear of the Eden raids, it is recommended that you attend Azure Eden Tuesdays if possible. A secondary run of an Eden raid may be requested, but will only be approved at the party hosts' discretion.

-Azure Eden Tuesdays has begun and occurs every Tuesday, with grouping starting at 4:30p/7:30e. This event prioritizes anyone who has not cleared the Eden raids, then any FC recruits/members/scouts who want to come. If we have one too many of a certain role, we may ask you to step out if you've already cleared- if not someone else will step out for you if you need a clear. Each of the 4 Eden raids are completed in this event.

-Wondrous Wednesdays has begun and occurs every Wednesday, with grouping starting at 4:30p/7:30e. This event has parties completing as many Wondrous Tails entries together as possible. WT journals have been updated since 5.0.

-Treasure Thursdays: Dungeons of Lyhe Ghiah will begin on August 1st, and will occur every Thursday, with grouping starting at 3:30p/6:30e. This event has parties grouping up for Timeworn Zonureskin Map rounds, which will be guided by the event host/party leaders. Bring up to 3 Timeworn Zonureskin Maps as the parties do up to 3 rounds. A new portal leading to the Dungeons of Lyhe Ghiah will now be spawnable, leading to a special instance filled with rewards- if you're lucky! This event is designed to help folks obtain new tomestones, rare mats/minions/furnishings/glamour gear or mats/obscurities, and also make a nice chunk of gil. Regularly dropped gil is tracked by an official tracker in the party, and invoices will be sent to each participating party member either when they leave or at the end of the event, with a specified gil amount to deposit to the Azure Infinitum Company Chest. This event doubles as our weekly fundraiser, with the donated gil going towards Azure Day Weekend and other special events for prizes and more, and also as a mid-week boost to gil, tomes, and more- where everyone wins.

-Azure Summer Festival 2019 will begin on August 23rd, 2019, and run through the night of August 25th, 2019. This 3-day weekend-long event celebrates our community and features a list of special brand new events alongside Azure Day Weekend favorites. Some of the events we do are things such as Riddle Races, Mystery Mansion Custom Quest events, giant summer-themed FC screenshots, a summer-themed pvp 1v1 tournament, the Azure Summer Festival Parade, gameshows, and so much more! Prizes, flash-raffles, and surprises take place through the weekend!

-The FC action, "Meat and Mead II" will continue running on Thursdays until the end of August 25th, 2019. This action on Thursdays is being changed out for the FC action, "Proper Care II" to accommodate the heavy gear wear that Timeworn Maps cause during our Treasure Thursdays events that will begin occurring every week from August 1st onward. Meat and Mead II will continue to be present on Fridays and Saturdays.

-As a part of our 60 days of exp boosting campaign following the launch of Final Fantasy XIV: Shadowbringers, which includes daily "Heat of Battle III" and many "Meat and Mead II" FC actions each week until August 28th, 2019, edible/usable tabletop food will continue to be replaced and advertised for heavy use in the FC Estate's Cellarage/Bottom Floor. Someone who 'eats' down there using our tabletop food items will gain 3% extra exp along with Heat of Battle III's 15% bonus, for a total of 18% exp gain. Combined with our Meat and Mead II action, this effect will last longer. Also combined with any other exp boosting items, will make for some major leveling progression.

-The Azure Novice Network LinkShell has officially been disbanded. This follows the change and re-purposing of the matching Discord channel back in Spring, to the-barracks channel in the Azure Infinitum Discord. The ANN project set out to focus on new or returning members who joined it with veterans mentoring them until they were smoothly acclimated with the majority of Final Fantasy XIV's features, mechanics and opportunities. We found small demand for the project and research showed a high number of similar cases of members of all experience levels being taken care of either by each other, scouts, or higher ranks. The ANN project was decided as unnecessary close to a year after it began, especially with the growth or enhancement of the FC, the Scout Network, and the Azure Council.

-Siegfried Wilde (PSN: Siegfried_Wilde) has been promoted to Azure Infinitum Monster Hunter World Branch Leader. You can message him for Hunt-A-Thon information and on how to join up for Azure Squad activities. Xaxial Wolfsblood (PSN: Xaxial) will no longer be running official Azure MHW activities.

-Azure Summer Festival 2019 crosses over to Monster Hunter World on PS4 for a special "Azure Summer of Slays" special event in the early afternoon of Saturday, August 24th, 2019! Stay tuned for more details to come.

-There is currently no Azure Infinitum support for PC MHW Official Azure Squad activities. We are recruiting for 1 or 2 of Scout rank or higher in our community to take a PC MHW Branch Leader position.

-Hunt-A-Thons return on July 27th, 2019. Join Siegfried_Wilde every Saturday at 11am pst/2pm est on our Azure Infinitum Discord for grouping. Hunt-A-Thons organize Azure Squad parties with the focus of slaying needed hunts together, with the over goal to progress and prepare for the Iceborne expansion.

"As Free As The Azure Sky!" 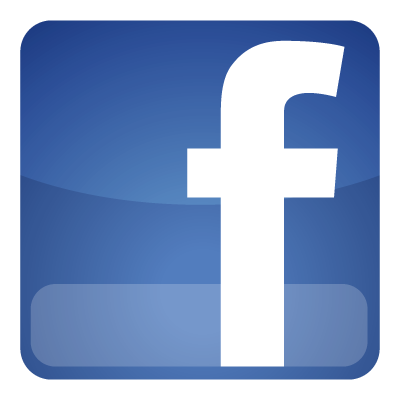 Or check out the group here: